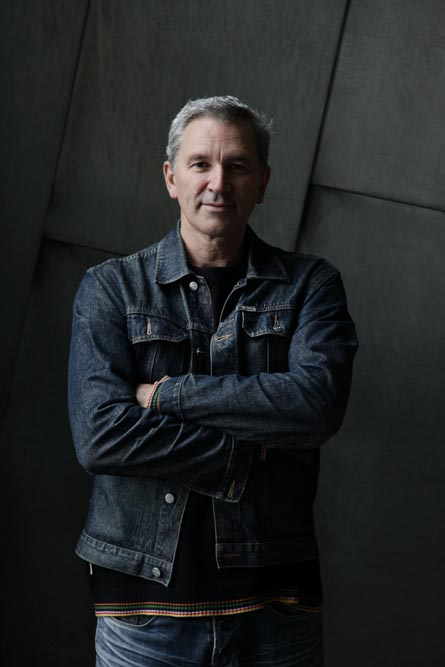 David Pledger is an award-winning contemporary artist, curator, producer, writer and thinker working within and between the performing, visual and media arts in Australia, Asia and Europe. His live performances, installations, interactive artworks, documentaries, digital art, ideas and discursive events have been presented in books, journals, magazines, museums, galleries, arts centres, a city car-park, an abandoned stables, a suburban house, hotels in Surfers Paradise, a Slovenian film studio and the Australian Institute of Sport. His work is notable for engaging publics in productive and provocative ways. From his initial practice, live performance, he has developed a cross-disciplinary dramaturgy in which a central platform is engaging with artists across artforms and experts from social, scientific, academic and philanthropic fields. Practice interests include the body, the politics of power, the digital realm and public space.

Cited as ‘one of Australia’s true creative originals’ in a national survey of the performing arts, David is the recipient of numerous career awards, grants and  commissions from local, state, national and international entities for his work as a director, designer, writer and actor in live performance and new media. Distinguished by collaborations with media artist Jeffrey Shaw, visual artists William Kelly, Callum Morton and Su-san Cohn, choreographer Shimizu Shinjin and theatre director, Kim Kwang Lim, his practice interests include the body, the digital realm, the politics of power and public space. He is founding Artistic Director of not yet it’s difficult (NYID), one of Australia’s seminal interdisciplinary arts companies.

His current artistic projects include David Pledger is Running for Office, a serial performance work contesting the space between artists and public office; The Things We Did Next (with Alex Kelly) a multi-platform interrogation of futures affected by climate change and Meaninglessness (with Su-san Cohn) a performance work interrogating the symbiotic relationship of Australia and Denmark’s asylum seeker policy through the prism of jewellery.

David’s curatorial practice focuses on creating optimal conditions for artistic production out of which exhibition, programming and cultural development ambitions are realised. This has led him to initiate and curate an eclectic array of innovative initiatives including the Brussels-based IETM-Australia Council for the Arts Collaboration Project (2009-2014); 2970° The Boiling Point, (2015, 2017) an international art and ideas event; the locative art-series Hoteling (2016, 2017); the Singapore-Australian Meeting of the Asian Dramaturg’s Network (2017) and Monsoon Australia (2015), an Asian-Australian-European interdisciplinary performance platform co-curated with Margie Medellin (Critical Path) and Arco Renz (Kobalt Works). In 2019, he consults for Tarrawarra Museum and philanthropic maverick, Igniting Change.

David is a graduate of the National Institute of Dramatic Arts (NIDA, Acting). He holds a BA (Politics, Cinema) and an MA (Asian Studies) from Monash University, Melbourne. In 2017, he completed a PhD in the Spatial Information Architecture Lab (SIAL), School of Architecture and Design, RMIT University, Melbourne. Wall of Noise, Web of Silence investigates the effect of ‘noise’ on our social, cultural, corporeal and political systems and is published online in the form of a concept album.

He is a sought-after speaker and is published widely in journals including The Conversation, Artlink, Art Wires, Arts Hub, Dancehouse Diary and The Daily Review on matters of artistic practice, cultural policy, social commentary, arts activism and international cultural relations. His 2013 Platform Paper, Re-Valuing the Artist in the New World Order, is enjoying a second print-run. In 2019, he will be published in The Routledge Companion to Theatre and Politics and Intermedial Theatre (Palgrave).

On Dramaturgy to Make Visible by Peter Eckersall, Performance Research, A Journal of the Performing Arts, Vol. 23 (UK 2018)

Take Me To Your Leader by Wesley Enoch, Platform Papers #40 (Australia 2014)

As Melbourne In The World by Nikos Papastergiaidis in Melbourne Now (National Gallery of Victoria, 2013): 26-28

The Dramaturgy of Long-Term Cross-Cultural Collaboration in The Contemporary Ensemble: Interviews with Theatre-Makers by Duska Radosavljevic (Routledge, UK, 2013): 214-224

The numbers don’t add up: a response to the MPA Framework, Arts Hub, 2019

All at sea: the cannibalisation of the Australian arts industry, Arts Hub, 2018

meet the artist who rallied creatives to strike for fair pay, by Briony Wright, i-D, Vice, 2016

Co-creation at the Theater: Farewell to the Supreme Soloists and Locked Arts, by Monna Dithmer, Politiken, 2014